Change is the law of nature. And so does the evolution. Decade after decade, development has been made in almost every sector of society. The food we eat, the houses we live in, and the clothes we wear. Have you noticed the variety of fabrics and designs available in the clothing? We have formal workplaces, for a party, we have party wear and in sports, we have ‘jerseys'.

Jerseys refer to the t-shirt clothing that a sports person wears. They are a form of t-shirts with printed team preferred logos, colors, names, and numbers. In Ro-International, Jerseys are designed and manufactured according to the players’ convenience. So, that they experience no problem but it’s also to it during their games.

How Normal Jerseys Are Made?

Along with the graphic and design logo according to the team’s consent, it should be comfortable enough to wear for a player. Not only that but also the material is desired to be affluent enough and easy to carry.

Earlier, jerseys used to be manufactured according to the traditional methods, where the cut and sew system was popular. The team’s logo and the color were inserted into the fabric through dying. Later on, cloth pieces were cut and stitched together to create the jersey. It used to be tiring and laborious as so many considerations needed to be taken during preparing the team’s uniform. Also, the process was time-consuming because so many jerseys were to be made during the given time period.

Later on, after technology started to develop, it shifted to printing and sewing methods where different logo designs were printed on the cloth with the help of machines and later sewed together. Moreover, this process was time-saving but a little costly as specifications were involved in the jersey, that charged extra. On-screen printed or embroidered always adds up an extra cost for every supplementary print over the fabric.

Now, wrapping up on the new modifications and past problems, a new technique that is, the Sublimation technique or Digitally printing technique has been introduced in the field of the garment industry. 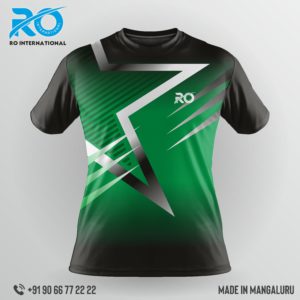 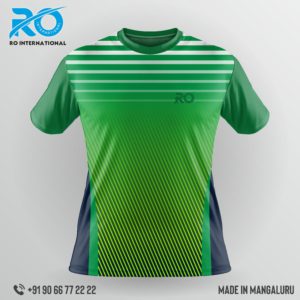 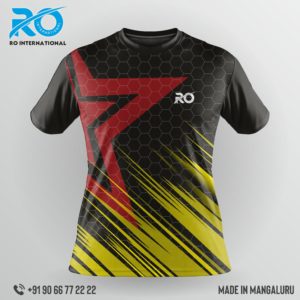 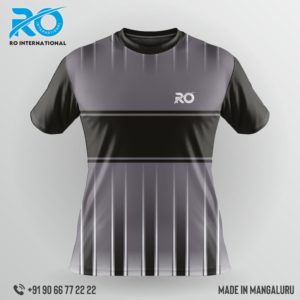 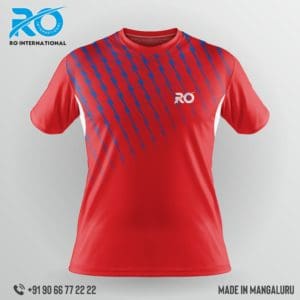 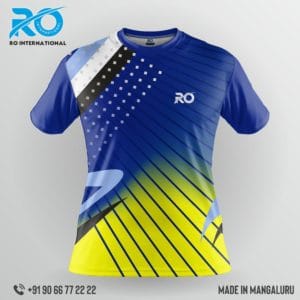 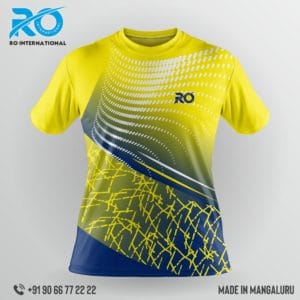 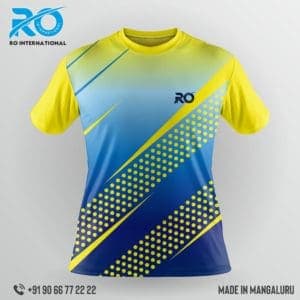 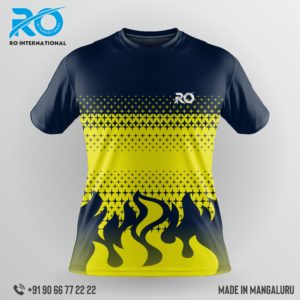 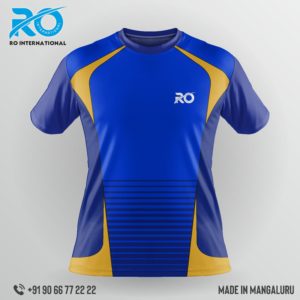 It is easy and comforting material produced when jerseys are made through sublimation. Moreover, the fabric is soothing and nice because the printing is within the fabric. You will not even feel that fabric print at all. Also, it feels lighter than those traditional jerseys. Sublimation jerseys are digitally printed and customized jerseys.

How Sublimation Or Digital Printing Jerseys Are Made?

Sublimation is simply the work of digital printing. These jerseys attribute to a lot more designs than any other conventional jerseys. They can have several patterns including pin strips, color blend, gradient, texture, camouflage, etc. Color blends like fuchsia, Lime Green, Sunset yellow are more common in sublimation jerseys than traditional ones. And Ro International manufactures these sublimation jerseys.

They are prepared in the following steps:

We have the latest techniques and types of machinery. So, we can manufacture these digital jerseys within a very short time. We require a minimum order placed to supply. The whole process is done in the pieces of machinery. Therefore, we provide a quality product on time or before time.

Advantages Of Sublimation Jerseys Over Conventional Ones

close
Start typing to see products you are looking for.
error: Content is protected !!
Need Help? Chat with us
Start a Conversation
Hi! Click one of our member below to chat on WhatsApp
The team typically replies in a few minutes.
RO Whatsapp
RO International